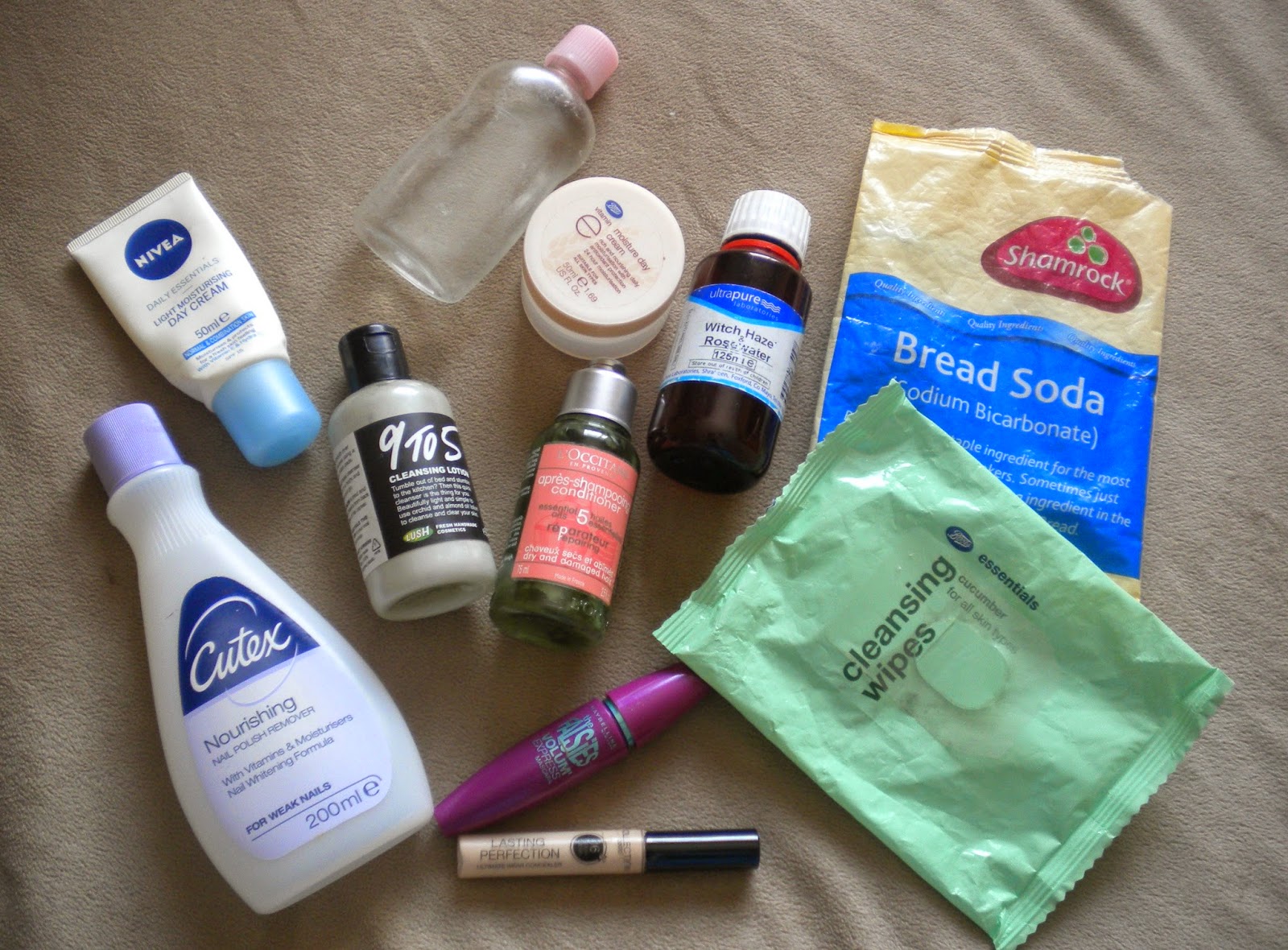 It's been a while since I've done one of these eh? In that time I've collected a fair amount of products, so let's get started! 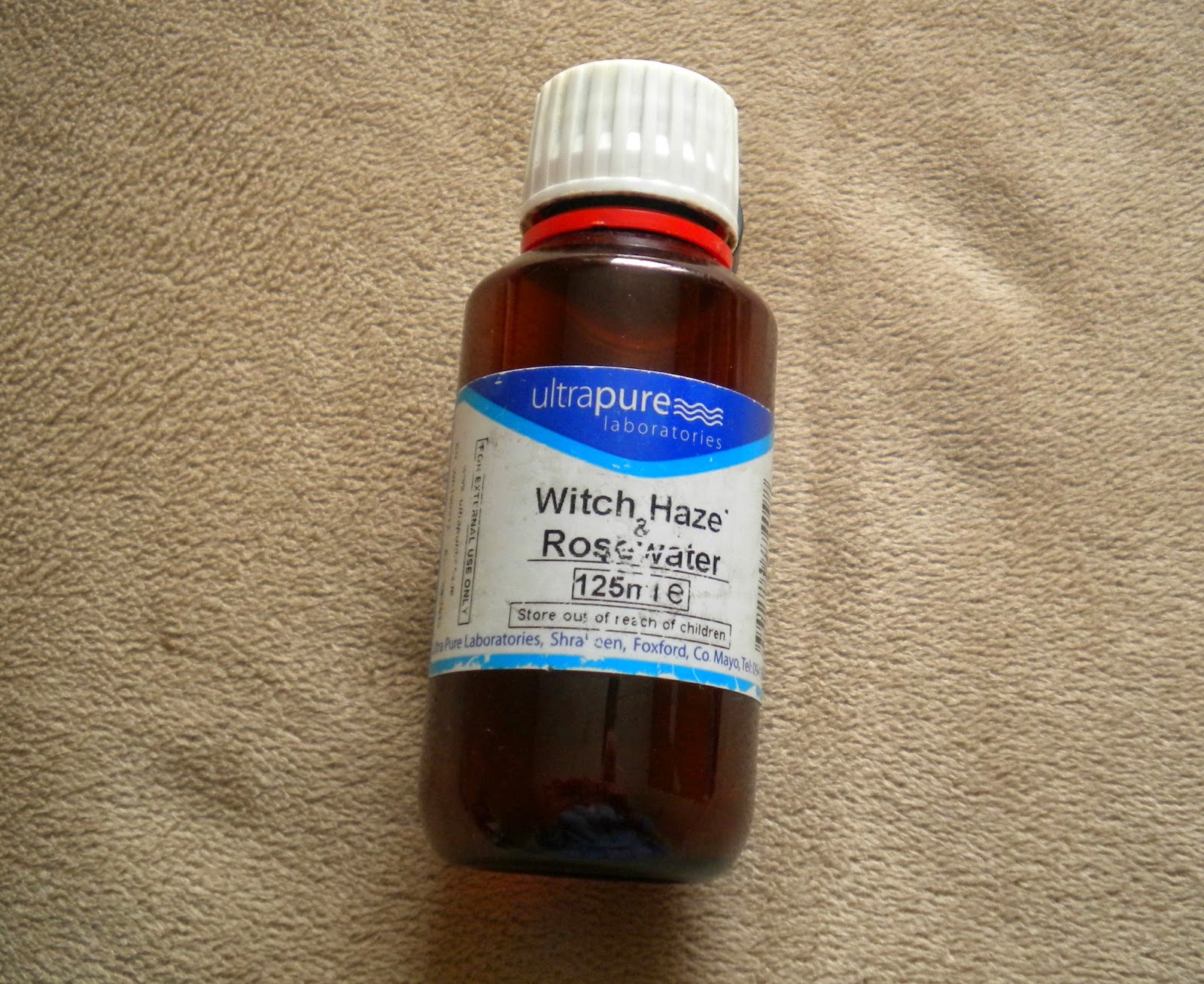 Witch hazel & Rosewater. I need to stop talking about this stuff! Basically, it's great for acne-prone skin to use as a toner. Would I repurchase? Already have and will continue to do so! 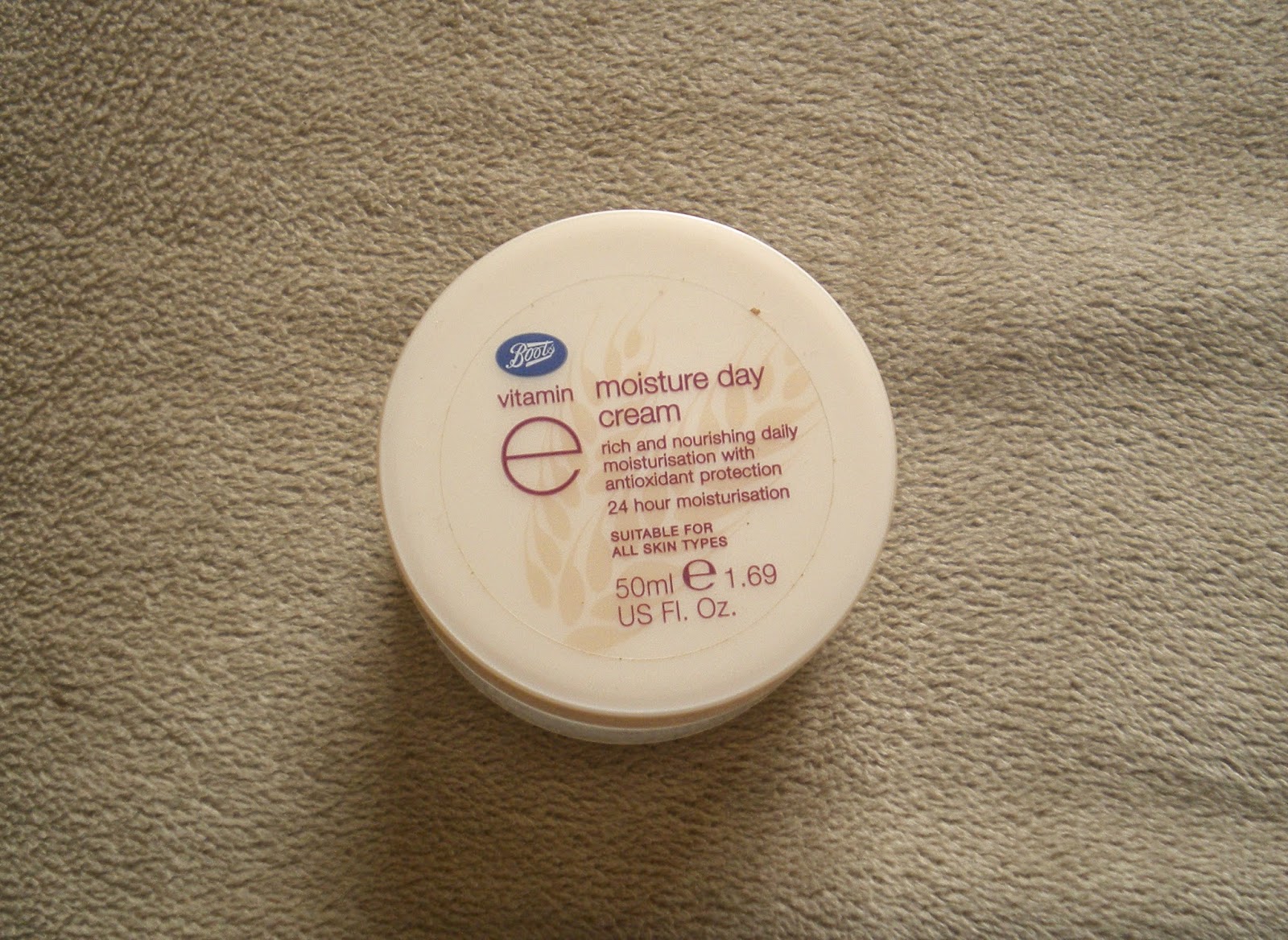 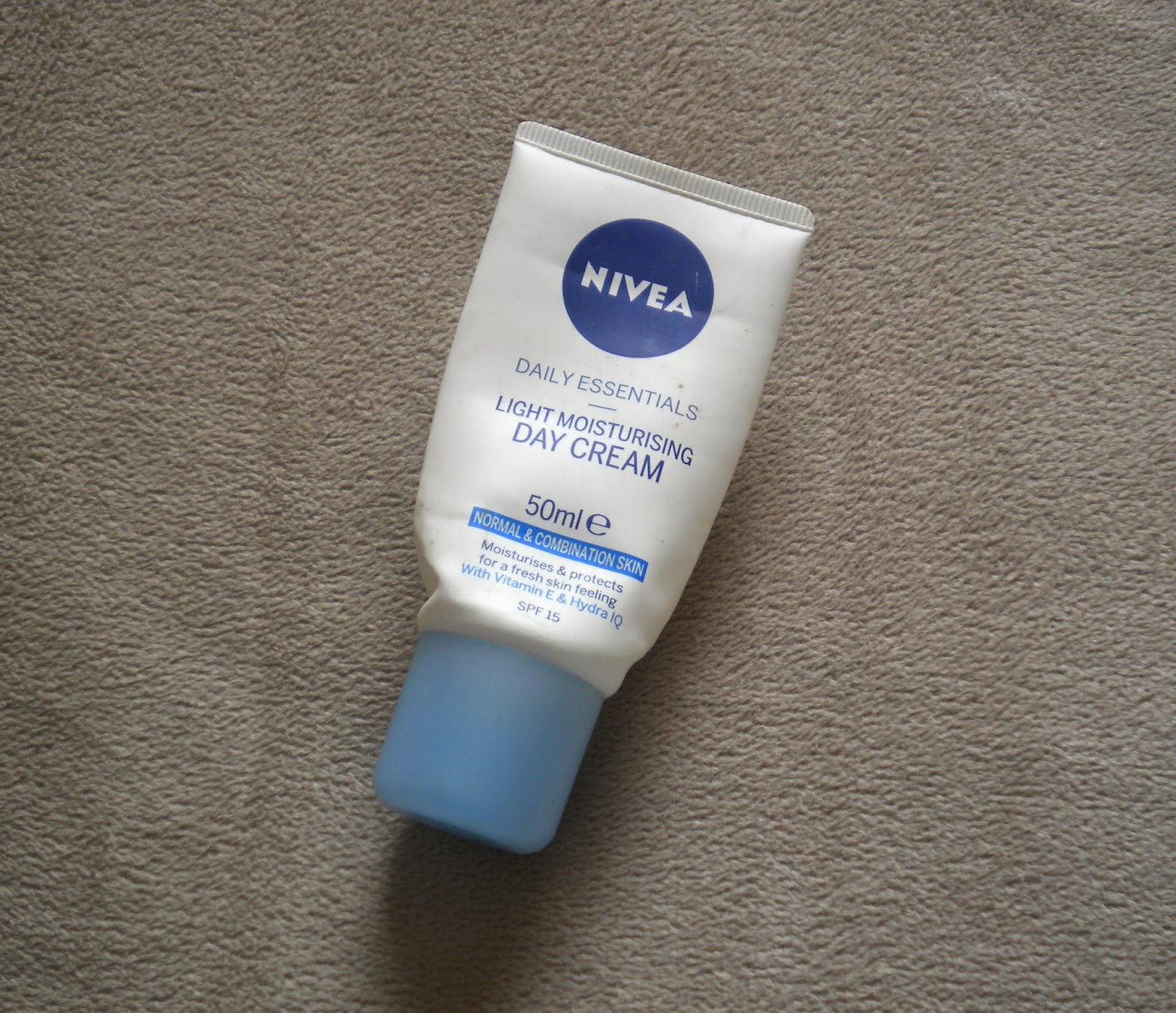 The next two are both moisturizers; Nivea and Boots. Both of them are good at what they do, however, I'd probably repurchase the Nivea one first as it sank in quicker and also has SPF! 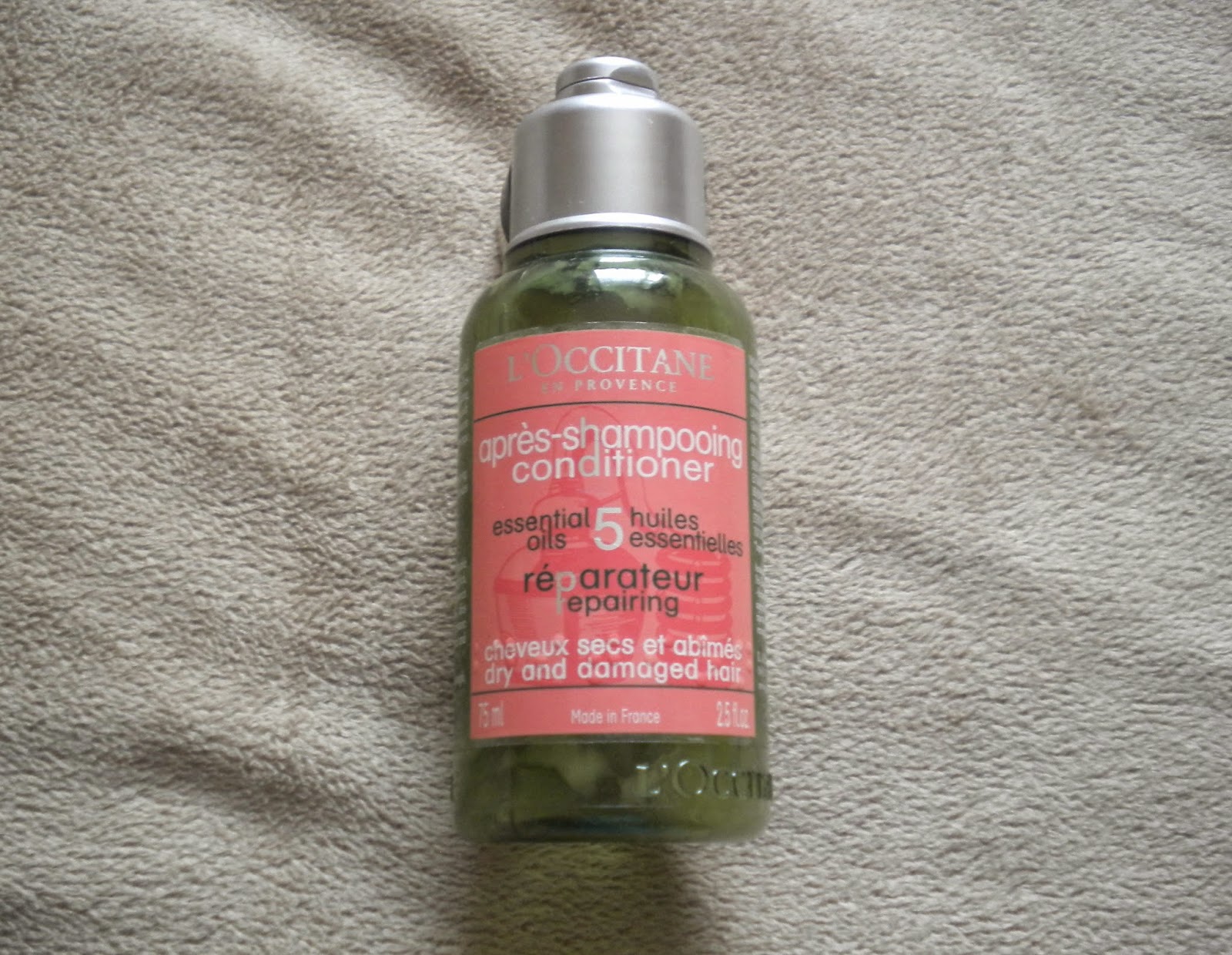 L'Occitane conditioner. This came in a trio with the other two that I mentioned in my last blog post, this one one is my fave though! This particular one is for dry and damaged hair and it leaves your hair feeling so silky and smooth after you use it. I'd repurchase in a flash if the full size wasn't so expensive!!

Next up is Johnstons Baby Oil. This is really an all rounder staple in any bathroom. Want clean make up brushes? Or soft legs after shaving? Baby oil is the way to go! You can literally do anything with baby oil, so there's no question as to if I'll buy it again! 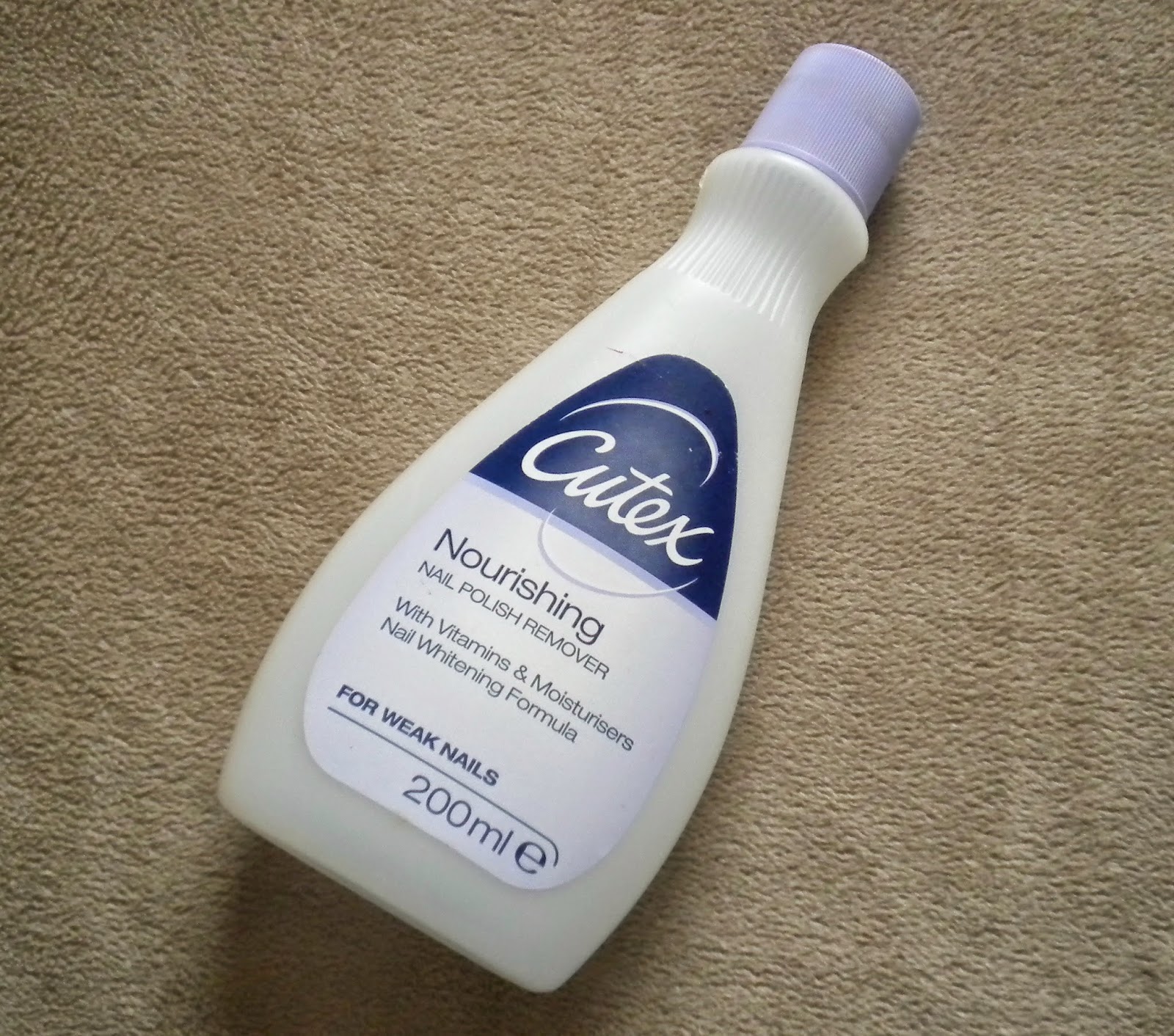 Cutex Nail Polish Remover! There's not much to say about nail polish remover, apart from that it's a necessity and this one does what it says on the tin! 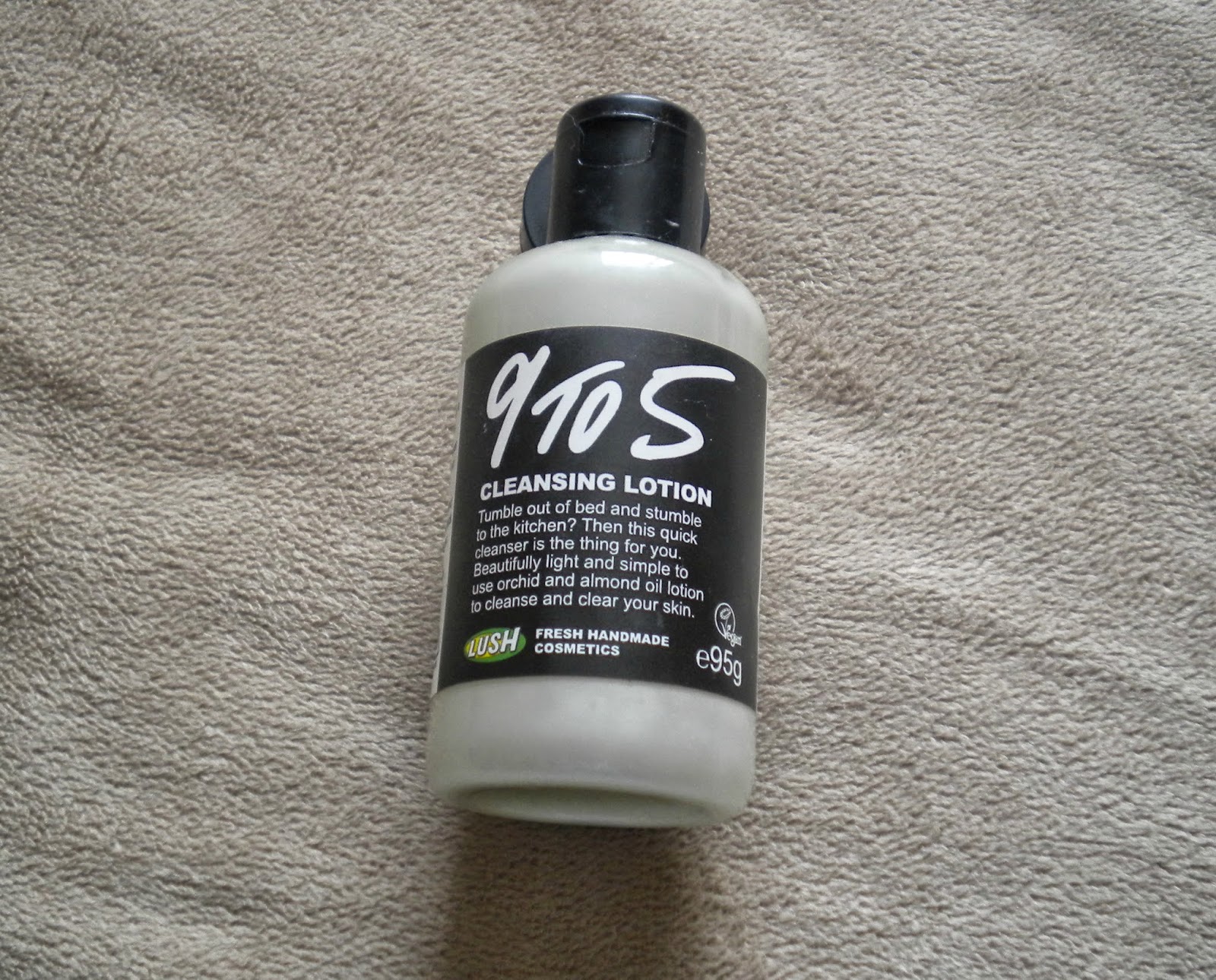 LUSH's 9 to 5 cleansing lotion. A pretty good cleanser that removes make up and moisturises in one step! There's something about this cleanser that's hard not to like! Maybe it's the smell or the feel of it, but it's very satisfying to use this stuff! (Why am I so weird?) 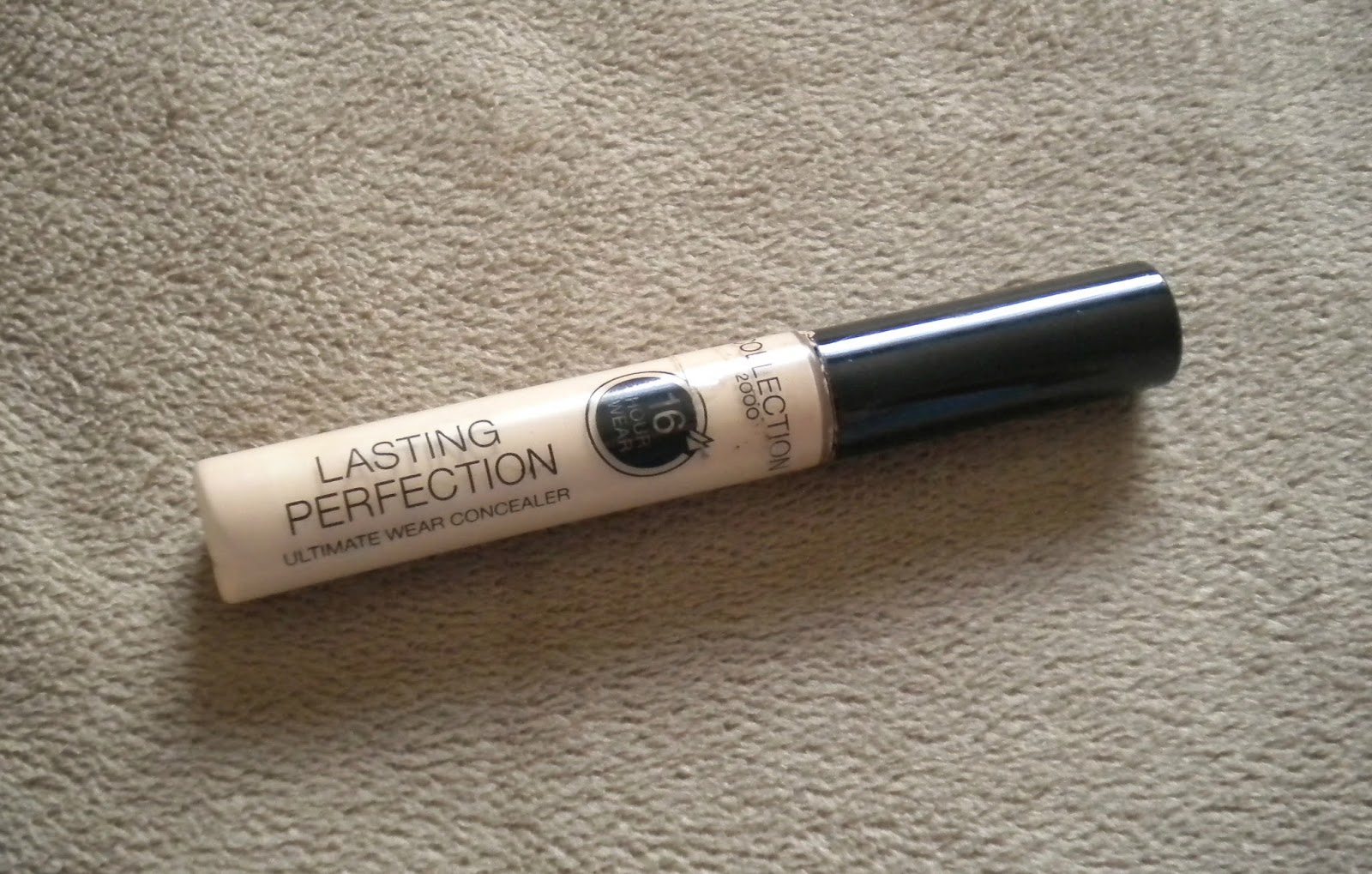 Collection Lasting Perfection Concealer. Does this product really need any more praise?
This stuff does exactly what you want a concealer to do; covers up and lasts all day. Definitely will be using this one until it stops being sold (a thought that I don't even want to think about!). 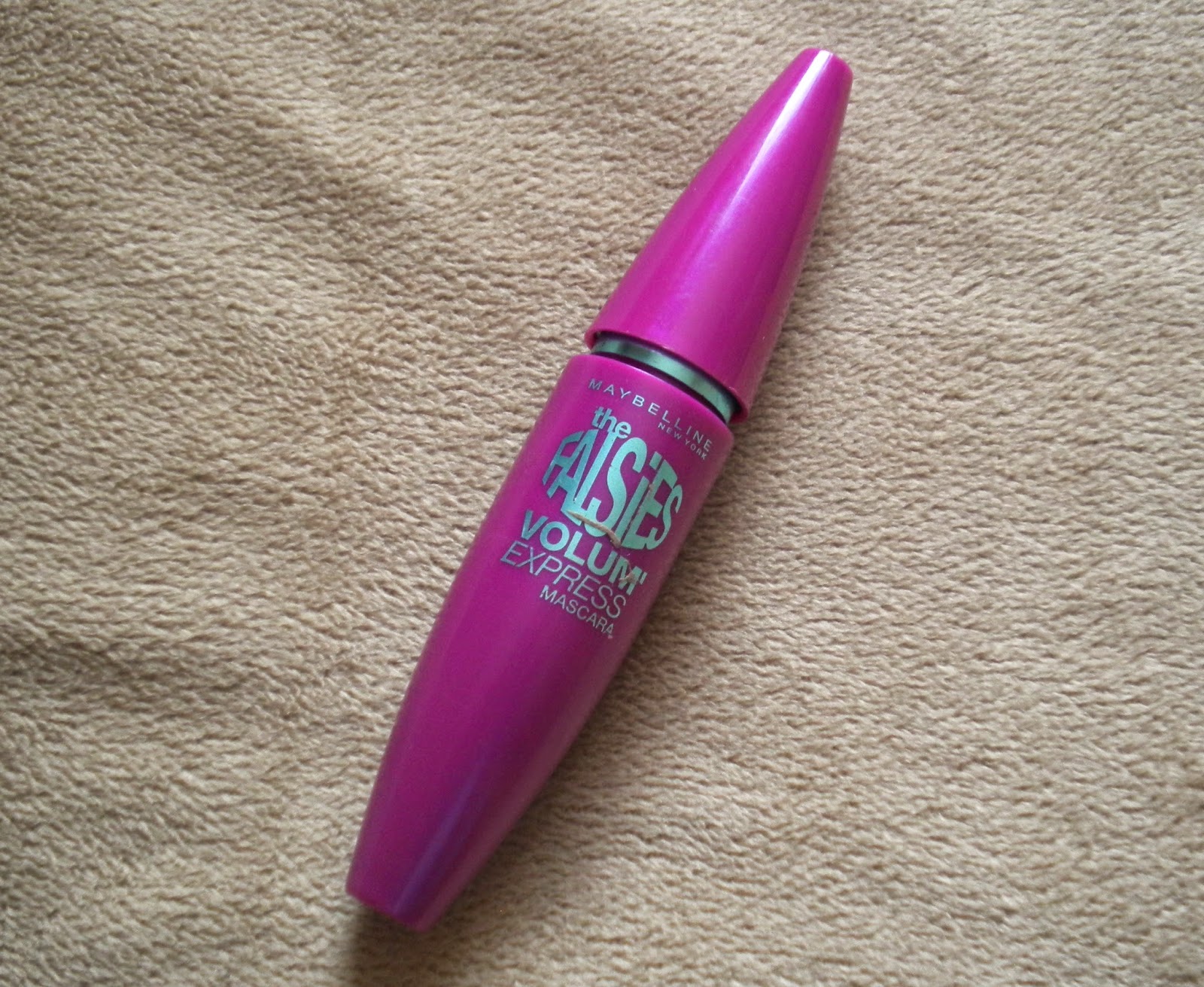 The Falsies Mascara from Maybelline. Another product which has been glorified by the beauty blogging world many a time! Any mascara that's volumizing, lengthening and holds up a curl pretty well gets a thumbs up from me! 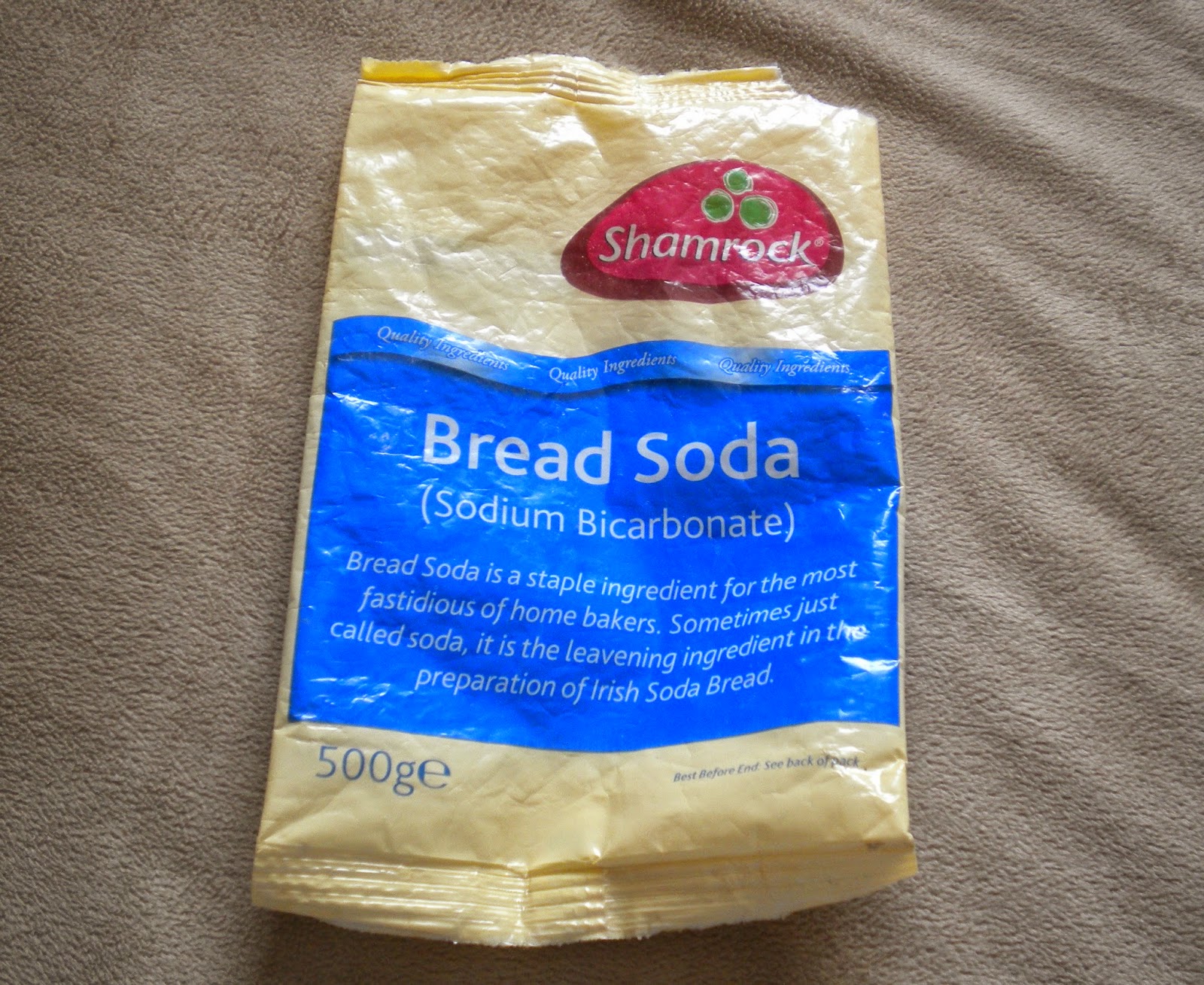 Bread Soda! This one could be considered the odd one out in a beauty 'empties' post, but I use this one as a scrub... from my hair! Bread soda removes product build up, dead skin and it also brings blood to the scalp (in the hope of growing my hair out!). If your face can get a scrub, then why not your head?! (Another post coming soon as to how I use it!) 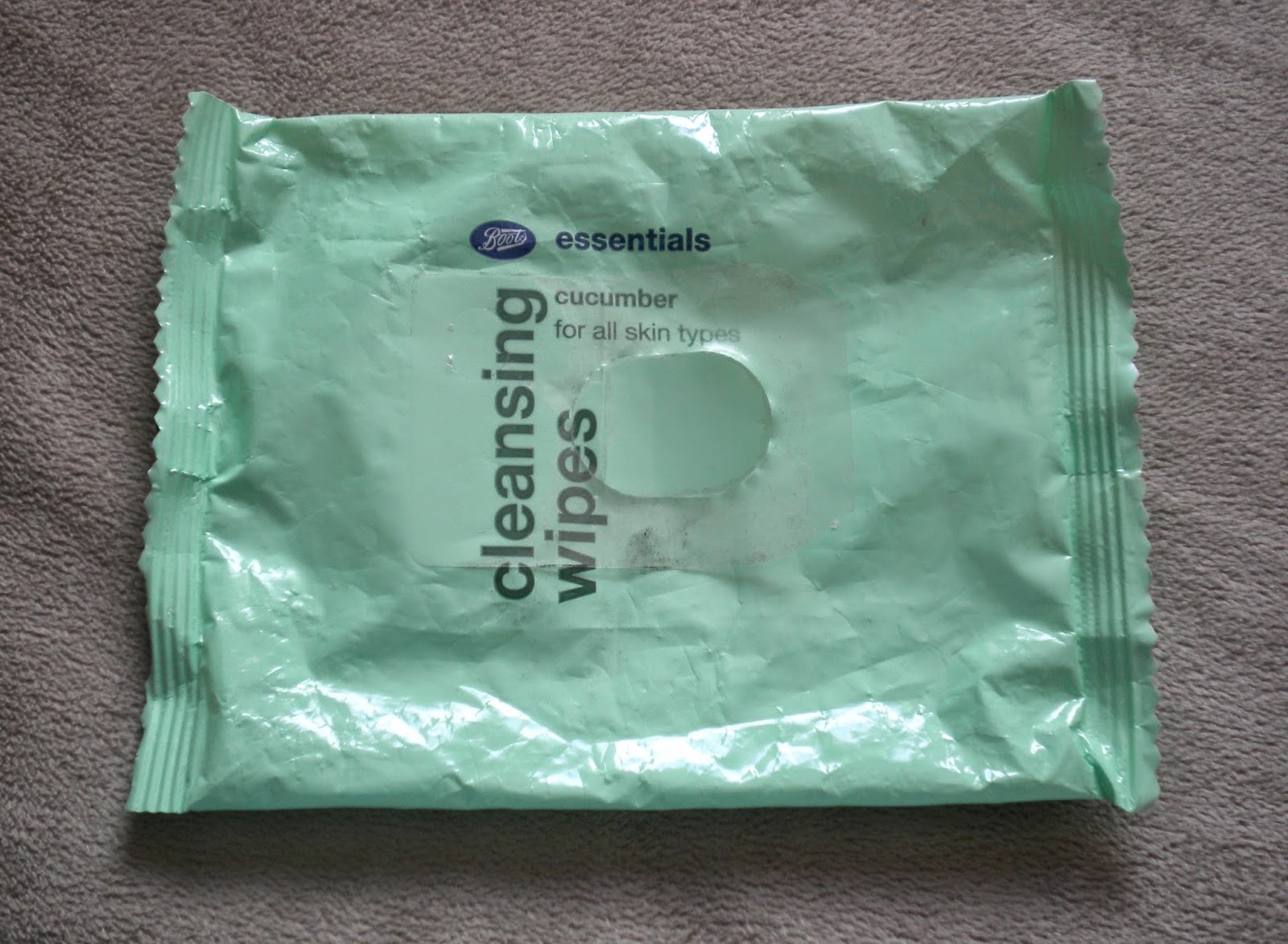 Boots Cucumber Cleansing Wipes. Now I know that wipes aren't the best for your skin, but these ones have never broken me out and seem to get off most of my makeup (including eye make up) without stinging or tugging! I've been using these for years now but recently I've been holding off and instead using my Micellar Water which to be honest, is just as easy!

Phew, that was a long 'un! Hope you liked this post and let me know if you use any of the aforementioned products! 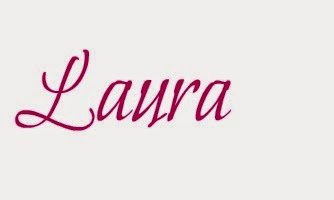 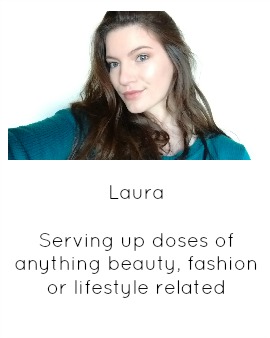